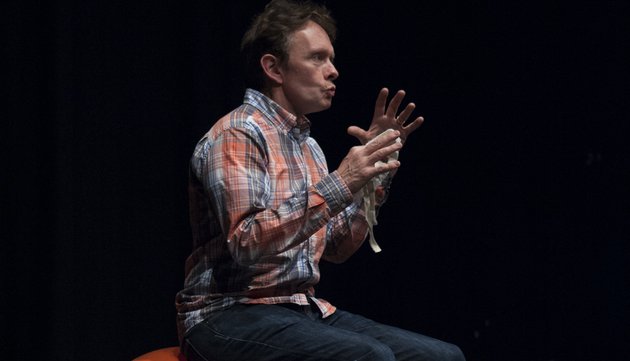 Patrick Morris reflects on the issues faced in directing each play

The Well: The Staging

When staging a piece of forum theatre, it is impossible to disengage from the fact that the point of the event is to have spectactor involvement. So, it is tempting to think that direction, nuance and detail can be downgraded because the main point of the event is interaction, not performance. However, the spectactors need to believe that they are involving themselves with believable, entertaining and alive characters. This is forum theatre, after all, where artistry and imagination are the key ingredients for participation. This piece is based very much around the issue of consent – once Basanti signs the piece of paper, she devolves her power and ownership to the man from BEW. It made us think about the power of the signature – why is it that it’s such an irrevocable mark? It is supposed to be a unique sign of who we are, to be given freely and in an informed manner. The clear oppression – at least in our eyes – was Basanti having to sign under duress. It was clear to the spectactors too, but…. 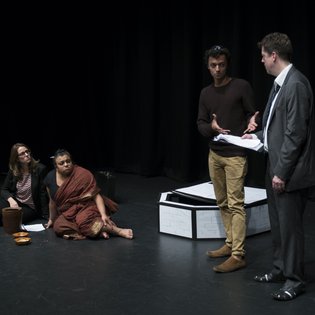 The Well: The Forum

This is where it became less simple – pinpointing how the pressure took its course. We discovered through the forum that the power was not just with the man from the water company. In fact, he himself was under enormous pressure to get the deal. Basanti discovered that she had power by simply refusing to sign, by asking more questions, and realising that they could do nothing without her signed consent. The forum succeeded in a) preventing Basanti from getting shot; b) delaying the transfer of ownership. It explored the power of language within the situation, specifically pinpointing the mayor’s crucial position of being the only one who spoke both languages and who was clearly guilty of mis-translating between the two of them. Issue-wise, the questions of ‘trust’ and ‘faith’ were the most slippery. She originally signed on trust – she believed that she was being told the truth by the mayor and therefore signed in good faith. I am still unclear as to how the law is able mitigate these two vital elements in human relationships. Finally, the forum helped remind us that contracts do not have an independent existence: there is human agency in their wording, structure and presentation. Therefore, they can be changed, adapted or rejected! 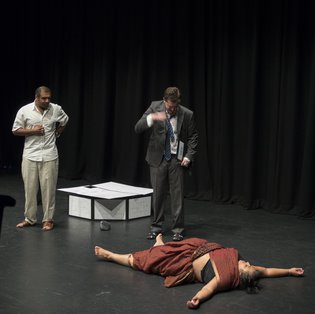 The Minister The Staging

The ‘issues’ are bound up in the relationships. They are not separate from the people, they are embodied in the characters and in the circumstances of those characters. The distance from the actual killing of Basanti Dash – no one there actually cares about her death except for how it affects UK interests, corporate interests, or career interests. Is this inevitable? Is there a way around this? How could we challenge their thinking further? By introducing a new element into the room, a new perspective, someone closer to the ground in India? 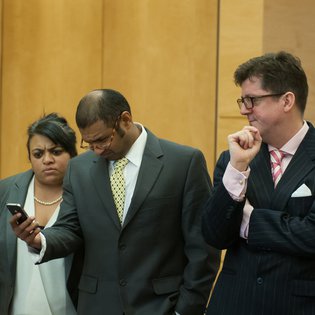 The Minister: The Forum

This is a perfect set-up for hot-seating because all of the characters have ‘an agenda’ behind the words – they have their political/social subtext. We saw that the character most spectactors found easy to hate (George, the BEW Chief Executive) was also the most charming and entertaining. We also explored how the specactors would personify the ‘corporate chain’ ie. The link between parent companies and their subsidiaries. Again, as a fundamentally theatrical event, this involved physical engagement and commitment, beyond verbal expression of opinion. While often articulating a jaundiced view of the chain, we never failed to be thrilled by the imaginative imagery that emerged from this group activity. 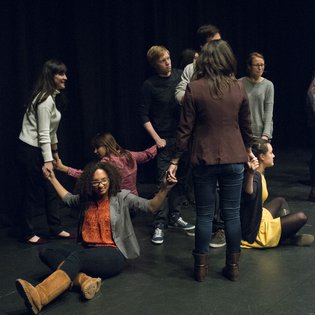 The Trial The Staging

This was the final piece of the event, so needed both a theatrical surprise AND to be saying something different or provoking something new. It took the action even further away from the Indian Village, to an international tribunal in Washington DC. Our coup de theatre were the space hoppers which worked well while bringing their own challenges such how to sit on them for the full 15 minutes or how to get up quickly and sit back down with a semblance of legal decorum. They were there to bring out the child-like qualities of the interactions and also to undermine the seriousness with which the court took itself. However, they were difficult to manipulate and we had to work hard to ensure they served the purpose of the scene all the way through. 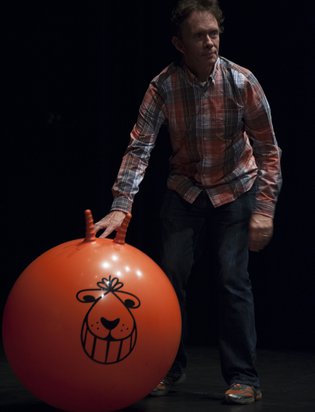 The Trial: The Forum

The Trial is not an easy piece to forum in the classic sense, as it is purposefully written to be handed over to the spectactors at a specific moment. However, as performances went on, spectactors intervened before our chosen moment. There’s a lesson there in predicting behaviour… we often had to let it ride as different groups of spectactors made contradictory choices. In Dublin, the ones who took over the roles came to exactly the same conclusions as the scripted characters – that the State of India was to blame and therefore owed BEW compensation for loss of business. It really showed the power of the institutions as people were often not able to imagine their way out of a defined course of action.

The spectactors at QMUL’s second night completely revolted against the whole notion of this tribunal. A large minority of them were morally repulsed by the heavily biased rules of the court and the antics of the characters. We thought that the comedic absurdity of space hoppers would be a more light-hearted way of ending the event, In actuality, it channelled the anger of the predominantly younger (18 – 25 yrs), non-legal audience, and emphasised the marked difference in reaction to the issues between legal and non-legal spectactors. If you haven't already read Alan's Tour Diary you can find it here or if you are interested in the people behind the project you can find information about them here.