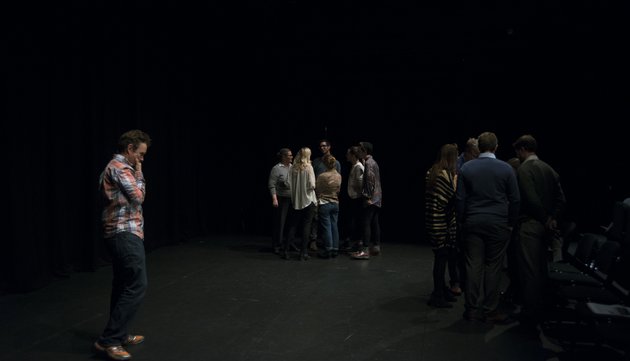 Rehearsals – note to self

Preparing for a Forum Theatre event is in many ways the same as preparing for a conventional play: you cannot bypass the necessary work on character, plot, setting and style. Nor can the writer bypass continual work on the text – Alan Dignam (AD) had to do re-writes more than once in the rehearsal process. However, as director and workshop facilitator (Augusto Boal’s ‘difficultator’), I also have to have an eye on the outcome of our rehearsals, the forum theatre events. The actors need to take responsibility for their roles and characters in a different way than in the conventional theatre. They are not simply playing the characters and then leaving the stage – they have to shape their characters to be both provocative and answerable to the forum theatre ‘spectactors’, Boal’s term for the ‘audience’. The root of the word, and its suffix, say exactly what he intends them to be: spect-actors = all-seeing protagonists! 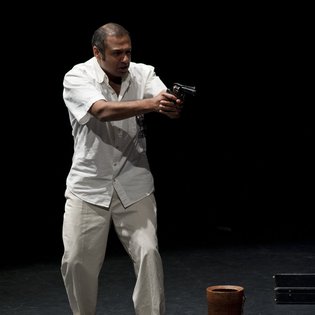 The characters exist to represent a specific political, cultural and/or economic perspective and this has to be clearly spelt out in the writing, direction and performances. In ‘The Well’

•A peasant woman in the Indian state of Orissa who speaks only the local dialect – in charge of the well.

•A British water company executive who speaks only English – here to requisition the well.

•The local mayor who speaks both the dialect and English – the water company’s fixer.

The actors play the characters in a deliberately archetypal manner, inviting the ‘spectactors’ to simultaneously suspend disbelief and bear witness to the action.

There is something very transparent about working in forum theatre. Its success relies on the goodwill and participation of the spectactors and you know whether it’s been a ‘success’ or not very quickly.

Our first - and most intimidating – performance: none of us knew quite what to expect from the material or the spectactors. Everything was for the first time – so while being confident in the work and the method, the sudden presence of people who had no clue what was coming next was enlivening, to say the least. We over-ran during the final part of the event, the ‘gathering’ of legislation from the spectactors, so felt rushed but relieved as we drew it to a close. 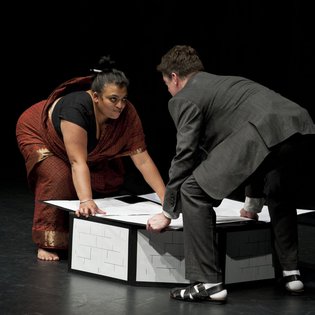 Understandably, a preponderance of lawyers and legal scholars –their responses took us non-legal people, but not AD, by surprise. Less moral outrage and more attempts to find legal fixes to the problems they identified. But they were engaged from the start and they didn’t balk at anything we threw at them!

Relationship to audience was better set up in Dublin, due to the nature of the venue: even though it was more difficult on stage, the intimacy of the place allowed for more of a shared space for us and the spectactors. The main event was my intervention during the final piece, The Trial. I was watching it crawl towards our prepared conclusion, and could not believe that the outrageous behaviour of the ‘President’ character was not being challenged by the audience. I had no idea what I was doing, but had to intervene, if only to remind spectactors of the power to say ‘stop’ and to change the course of the action. This took everyone by surprise, particularly AD and the actors, but it allowed a very impassioned intervention from a young woman who tore into the President. He responded totally in role and wound up being replaced by a spectactor. Ironically, the spectactor came up with a judgement which was exactly the same as had been scripted. They worked within the given circumstances of the Tribunal, within their given powers, and could only see one course of action. We ran out of time to explore this in the forum theatre event, but it provoked animated conversation afterwards and made me question whether our approach was ‘working’. And how we should define this ‘working’. 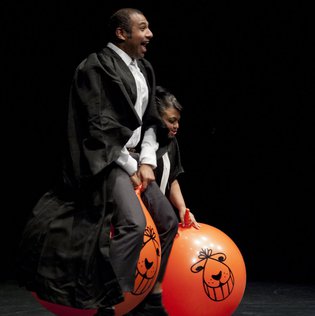 The most active audiences, unsurprisingly, which made both events very sparky, with a lot of interventions, questions, and opinions. They enjoyed sparring with George, the Chief Executive of BEW, the water company – he’s a charming rogue and they enjoy hating him even while he makes a credible argument for his company’s actions in Orissa. 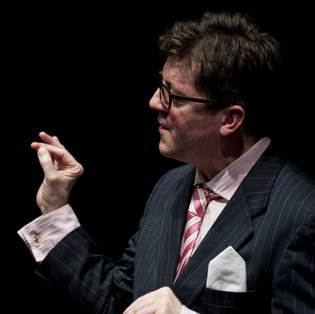 We introduced the post-break intervention of getting them in groups to do ‘imaging’ of the corporate chain. Again, we needed something different, to explore different ways of thinking other than through the head. The aim was to get the spectactors used to working with each other rather than in relationship with me or the performers. And to get them creating the theatre, becoming the protagonists in a fun, engaging way, with everyone feeling equally ridiculous but (on the whole) willing to join in.

In stark contrast to all of our other events, the 2nd night at QMUL was dominated by non-legal spectactors whose moral outrage was both hard to contain and act upon. They were also the youngest group and I keenly felt both my age difference and a sense of helplessness. 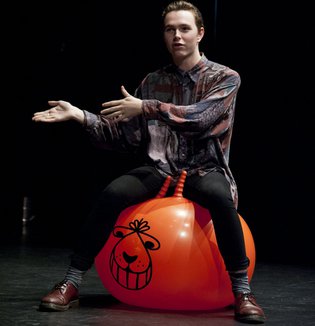 We were not able to work out the problems that spectactors were identifying, within the structure of our workshop. Was this a failure or a success? We are not there to make people feel good about themselves, to act as some sort of group therapists. If the workshop exposes clear, existing human rights issues, should we not expect such examples of outrage, particularly if the issues so well-articulated by unapologetic characters? How do we then judge success? On what and whose terms? Are we merely dancing around the real issues? These questions lingered into the final event.

The one non-theatrical venue – no lighting except the strip lights of a large, flat seminar room in the Law Faculty. We have to create theatre with these, not just a didactic rant – I was worried that the lack of lights and any theatrical artifice would diminish the power of the pieces. But the actors did an excellent job, and the informality actually helped the spectactors feel more quickly at ease with the process. On the whole, the spectactors had a positive experience, immersing themselves in the issues and scenarios. 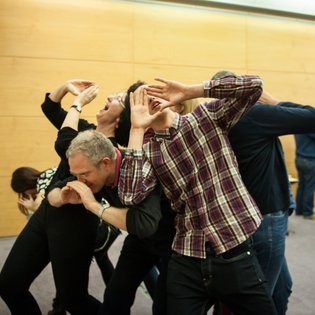 They got to engage with the questions that AD is attempting to explore and we did not try to ‘solve’ the questions within the workshops. However, forum theatre is ideally targeted at an oppressed population, who can practice/rehearse their way out of the scenarios that we presented. It only whetted my appetite to take this work to people who are affected by the human rights questions in their daily lives – to where the stakes are higher. However, we succeeded in ‘engaging’ our spectactors who joined in with spirit, intelligence and curiosity.

In facilitating the events, I learned what knowledge people bring to an event such as this and how to both use and challenge that. This work becomes truly exciting when we are all ‘improvising’, when no one quite knows where it’s heading, when we all re-discover that there’s no simple answer to the conundrums that we set up. We always have to come back to the scenarios in front of us and attempt to solve the problems in action. This is what makes it theatre – rather than sniping from the sidelines, everyone is invited to put themselves on the line, even if – ultimately – it’s all a rehearsal for the real thing. 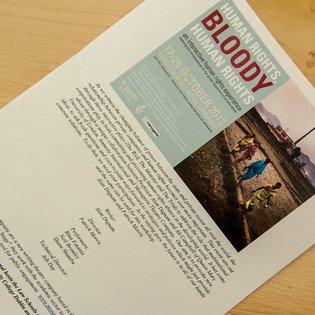 Thinking about it in retrospect, I’m naturally critical and sceptical – of direction, of writing, of process. It was, though, a hugely rewarding experience, even if I only danced around the edges of the ‘human rights’ experience. The most rewarding aspect: leading workshops with people who were highly motivated, knowledgeable and willing to engage both with the content and the style of the event. If you're interested you can find my thoughts on directing each play here. In any case if you have something to say, feel free to leave a comment on our home page.